Everyone is growing older! 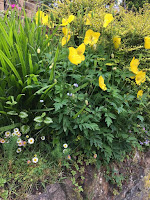 Just in case anyone gets the impression that Manchester is all doom and gloom and misery, here are some photos taken out and about in Saddleworth in the last couple of days. 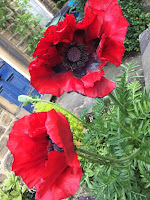 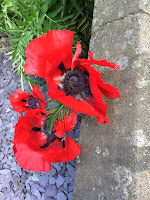 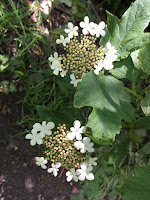 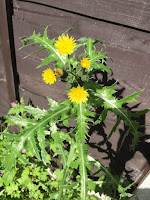 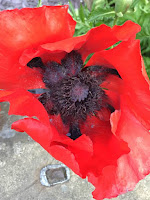 The poppies are perhaps very appropriate to today. The newspapers are understandably full of the D-Day commemoration stuff.

Martin Kettle, writing in the Guardian, expresses the view that this may be the last such international celebration. The veterans are not getting any younger, but still turning up at 90+ years old, and in five years time there may be none left at all. And then there is Brexit, which should not affect matters but could well do so. A celebration at Portsmouth is perhaps a sign, not to mention Trump’s “America First”. All rather isolationist. Maybe we won’t be welcome on the beaches of Normandy in years to come.

Some reports have noted the absence of the Duke of Edinburgh from both Trump’s visit and from the D-Day celebrations. He must have been judged too old and infirm now. Rather a pity! He could have simply come out with one of his sarcastic faux pas and put Mr Trump in his place.

Another old royal gent not participating in celebrations is King Juan Carlos of Spain. He abdicated in favour his son Felipe five years ago but was planning to accompany his son to their national annual Armed Forces Day last Saturday. The younger king decided this was not a good idea and eventually Juan Carlos agreed, sending a letter to Felipe telling him it was time to “start a new chapter in my life and complete my retirement from public life”.

It’s rather a shame. He began so well, steering Spain into democracy rather than following Franco’s style, and appealing personally to the armed forces not to escalate matters when there was an attempted coup in 1981. It all ended in scandal and abdication though. Having taught my A-Level Spanish students about him so often in the past, I felt almost personally let down.

Old age comes to us all, I suppose. Even Madonna has hit 60. What is more, she has been criticised for continuing to be Madonna. Her critics seem to think she should slow down. They make a great fuss about “dignity”, “appropriate behaviour” and “growing old gracefully”.

It’s funny how male musical artists don’t face the same criticism. Mick Jagger can still strut his stuff and Bruce Springsteen can still slide on his knees across the stage.

Even ageing is sexist!
Posted by Anthea at 08:48