Almost the end of the Sicilian adventure! 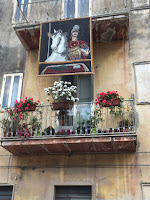 Yesterday evening we all caught the “navetta” shuttle bus from Ragusa to Ragusa Ibla to join in the celebrations for the least of San Giorgio. I asked why it was that Saint George has his day on April 23rd in England but on June 1st in Sicily. They said it was because it is a different Saint George. If that is the case then both of them went around killing dragons!
After waiting with a happy crowd of mostly Sicilians we got on the bus and made our way down to the old part of town where Ragusa was before the 1693 earthquake knocked a lot of stuff down. We admired the lights, although some of our party suggested that maybe the Sicilians should take a look at Blackpool for ideas. We had some more nice food, but were unable to talk much as a concert was taking place in the square.

Actually it was more of a talent show to begin with. Local heroes got up on stage and performed. Three young girls reminded me of the girls who act as backing singers in the film “The Commitments”. A very young boy band - aged 12 to 15 - called Blackout performed enthusiastically and with some talent. We applauded them and wished them well for the future. After them a professional pianist-cum-crooner entertained us all. Perhaps a little too much entertainment! 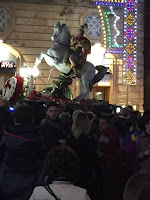 Eventually San Giorgio made his entrance. It was the statue from the church. He had been in the rounds of the town and was returning to the church. Every so often the men carrying the statue, a great heavy thing, stopped and joggled him up and down to give the impression of cantering. A great green dragon, dead of course, was beneath the feet of his horse. 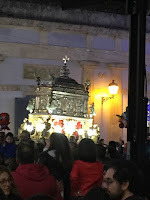 Not far behind came a huge silver chest, containing the bones of Saint George apparently. I was reminded of the description in the later chapters of “Il Gattopardo”, where the holy relics collected over years by the “principessa” and then preserved by her unmarried daughters, are examined by a specialist from the Catholic church and mostly dismissed as worthless. Such a shame! 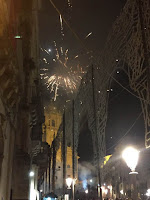 Then came the fireworks and the whole shebang was worth while! You have to hand it to these Southern Europeans - they really know how to do fireworks or how to send a lot of money up in smoke, depending on your point of view.

We got back to our hotel late because the queue for the shuttlebus back to Ragusa was about ten miles long. Consequently we were all a little tired this morning. 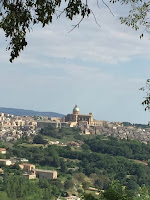 This did not prevent us from meeting at 10.00 am to go off the Piazza Armerina to visit the Villa Romana del Casale.

I had seen this place on television, an extensive Roman villa, covered by a mudslide in the twelfth century and rediscovered in the 1950s.

Our guide told us that most of the good stuff was pinched by the locals before they told the archeologists that there was the possibility of a Roman villa there at all. The wonderfully preserved mosaic floors are still being uncovered. They are quite spectacular, especially the ladies in bikinis at the gym. 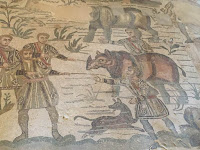 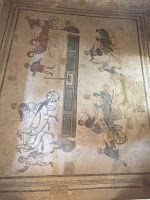 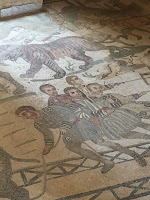 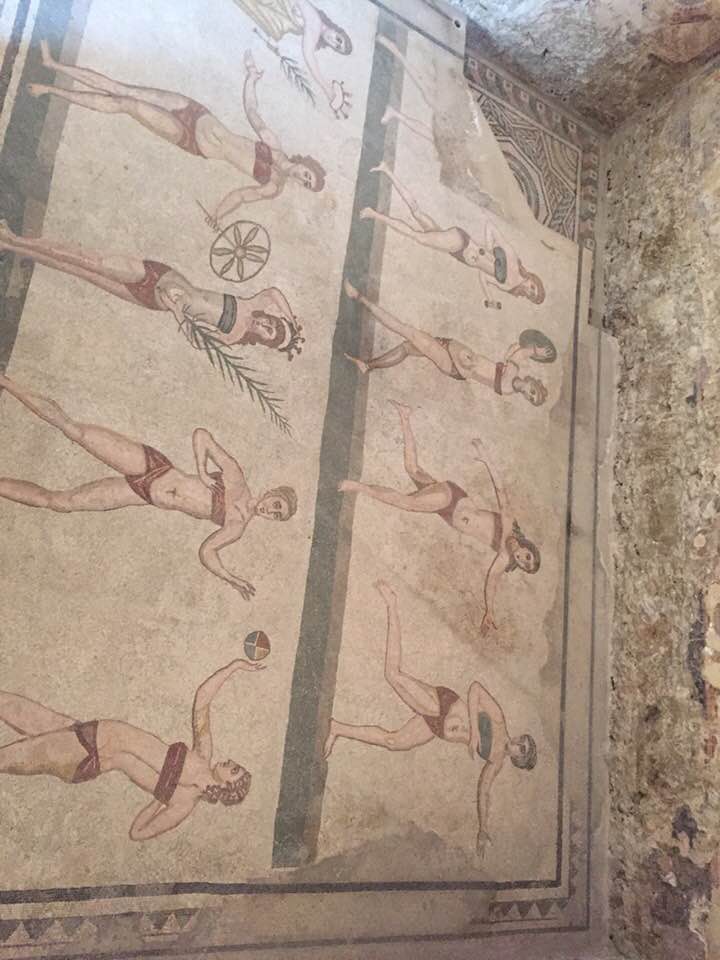 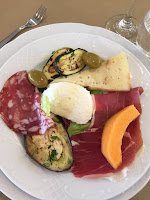 And finally we ate far too much at an “agroturismo” restaurant. 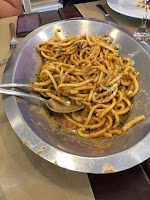 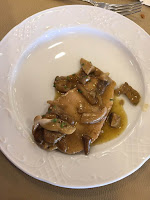 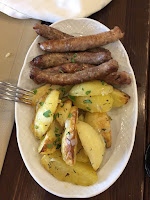 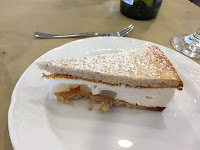