Inequality of responsibility for climate change! Trying to find series 2 of a number of things. Slow justice.

We’re still working our way through the current heatwave and already meteorologists are predicting another in the first two weeks of August. In typical British fashion, we are all complaining that it’s too hot. Well, personally I’m not complaining, not much anyway, but I am adjusting my life around it, seeking shady places, going out for walks before it gets too hot or after it has cooled down some and thanking my lucky stars that I don’t have to go out to work. 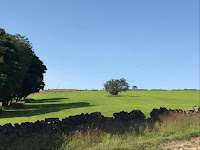 Yesterday we waited until about 6.00pm to go and walk up Lark Hill, admiring the lush green of the fields and a very pleasing straight line of trees. 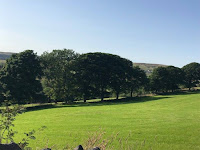 If it’s all down to climate change as they keep telling us, then I’m afraid we may have to blame the men for most of the problem. According to a study done by a Swedish research company, men are more to blame than women.

“Men’s spending on goods causes 16% more climate-heating emissions than women’s, despite the sum of money being very similar, a study has found.

The biggest difference was men’s spending on petrol and diesel for their cars. The gender differences in emissions have been little studied, the researchers said, and should be recognised in action to beat the climate crisis.”

I suppose it all comes down to historic gender inequality. Even today there are more men drivers than women drivers. And men rather than women have been the great industrialists.

“We think it’s important to take the difference between men and women into account in policy making,” said Annika Carlsson Kanyama, at the research company Ecoloop in Sweden, who led the study.

But, of course, blaming the men for the climate crisis is like blaming women for the population explosion, just because we are ones who have the babies. We’re all in this together in the end. Let’s hope we can sort it before it is too late.

We’ve been watching an Italian series, Il Cacciatore = The Hunter, based on the true story of a anti-mafia investigator in Palermo. We’ve just reached the end of the first series. The Latest lot of mafiosi have been arrested but, hydra-like, new ones are springing up. And we are left hanging as to whether the child kidnapped by the mafia is rescued; the final scene suggests that maybe he’s coming to a sticky end. As with another Italian series we have watched in recent months, we know there is a second series but it is not yet available on Netflix or similar in the UK. It’s quite frustrating.

Coincidentally, I came across an article about a grieving father who has refused to cut his hair and beard until the truth comes put about the death of his son, Antonino Agostino, another mafia investigator, killed alongside his pregnant wife in 1989. The mafioso who killed them has just been sentenced to life imprisonment. How slowly the wheels of justice turn! But according to the grieving father the full truth is still hidden; there are people in positions of power who are implicated in this violence. And the old man, 86, still needs police protection as he is still campaigning!

And I was reminded of all this as I read about the situation with victims of the “troubles” in Northern Ireland and families still feeling that justice has not been done. Grief is a long-enduring thing!