The weather. The jubilee. Food banks in hospitals. 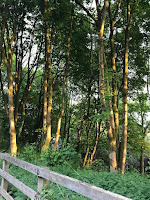 The odd weather patterns continue here. Yesterday was mostly dull but still I got a load of washing dry in the garden.

We strolled out in the evening for an after dinner stroll. The evening was surprisingly pleasant. 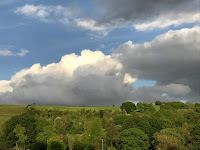 And some of the flowers were spectacular. 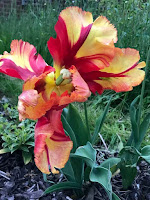 Today promises a 5% chance of rain here. So some more washing is on the line. We’ll see how that goes.

Everyone seems to be going crazy for the queen’s jubilee. I just heard someone say on the radio news that you can buy a jubilee water bottle - in case you need to be hydrated in the jubilee weekend. Apparently tea towels and biscuit tins featuring picture of Her Majesty are very popular. It seems there are people who collect such things, hoping they will increase in value. How odd!

The culmination of all this is that the Prince of Wales and his wife are to appear on Eastenders, acting as themselves, making a visit to Albert Square. So we had the queen in the opening ceremony of the 2012 Olympic Games in London and now the heir to the throne in Eastenders. The soap opera of the royal family goes on.

My contribution is limited to lending to our daughter a book that I received at age 5 on the occasion of the queen’s coronation. She plans to use it with her primary school class as part of their work on the jubilee. She promises to treat it with care. It might after all be of value as a collector’s item. There is also a coronation mug around somewhere. Goodness knows where that is!

I’ve no idea how much money is being spent on the jubilee extravaganza but people are still going hungry in this country. Here is something from The Independent, about things going on with hospitals:

“Hospitals across the country have set up food banks and are offering emergency “hardship” loans as health leaders warn staff are “struggling to feed their families”.

Six NHS trusts have set up food banks or launched food voucher schemes for workers as part of efforts to help staff cope with the rising cost of living, while others have confirmed they are considering the move.

Some hospitals have also begun offering emergency loans to help staff who are under financial pressure, while others have increased the payments made to workers in respect of their travel costs.”

It’s not just here either. All over the world there are problems. There’s something broken in our society.  But …