Various friends of mine are posting on Facebook lists of things that Donald Trump has been up to. I did think about copying and pasting but the lists made such nasty reading that I gave up on the idea.

I think I was most shocked by his saying that he doesn't really think that waterboarding is so very unacceptable. He believes torture works. And besides, ISIS use torture and so we should fight fire with fire. There is nothing quite like getting down to the lowest possible level, is there?

And as the new president sets out to reduce rights all over the place, other people in lesser positions of power, but still positions of poer, folow suit. And so we have the Mississippi governer signing laws to allow businesses to refuse servises to gay people

And our Prime Minister is pleased, indeed seems to feel privileged to be the first, to be going to meet Peesidnet Trump. Will she protest about any of his extreme policies? According to Polly Toynbee, "As his thin-skinned narcissism takes instant offence at the smallest slight, at the end of their talk if there is no obvious chill, no outburst from him, we shall know she never said what she should about that long list of near-criminal policies he is signing into law."

It's all rather disheartening.

So instead of printing lists of the horrid things POTUS has done, I decided to print this instead:

"As President Trump prepares orders to wall out Mexicans and shut out refugees from America, today marks one of the most hateful days in our nation’s history. Donald Trump is retracting the promise of American freedom to an extent we have not seen from a President since Franklin Roosevelt forced Japanese Americans into internment camps during World War II. Today the Statue of Liberty weeps over President Trump’s discrimination.
President Trump is beyond the wrong side of history. He is driving our nation off a moral cliff.
When President Trump uses national security as a guise for racism, he doesn’t strengthen our national security. He compromises our national security by engendering disrespect for America by people around the world.
Make no mistake, suspending visas for citizens of Middle Eastern and African countries is not called national security. It’s called prejudice.
President Trump is now exacerbating the largest global refugee crisis in history. His slamming America’s doors on the starving, the wounded and the abused is a grotesque blot on our nation’s history of freedom. The President’s actions are an embarrassment to the timeless vision of America as inscribed by Emma Lazarus to “give us your tired, your poor, your huddled masses yearning to breathe free.”
Demonizing refugees and immigrants, and spending billions of taxpayer dollars to keep them out of our nation, will go down in American history as one of the most tragic deviations from our national conscience."

And I think that says it all!

I shall just be thankful that I have this sort of thing to wake up to in the morning: - 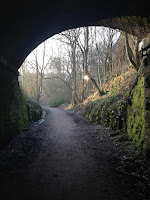 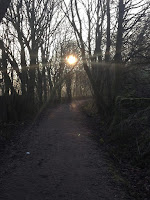 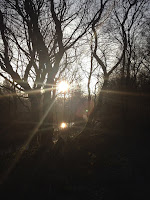 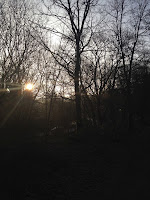 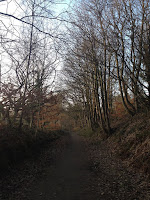