It’s raining again now but I managed to go for a run first thing while it was still dry. We hope that the rainfall has been long-lasting and heavy enough to put out the fires on Saddleworth Moor close to Dovestone Reservoir. Fires on peat moors are strange because the fire can smoulder and spread underground, apparently extinguished, only to burst out into the open in a new place quite distant from the original fire. Sometimes even nature can be a bit malicious.

We’ve all got used to fine and sunny weather but climate experts are being pessimistic about it:-

“The public is being lulled into a false sense of security about the UK’s increasingly extreme weather patterns by news and weather reports that present long, hot, dry spells as good news, according to scientists and campaigners. Experts say unusually dry and sunny conditions like those experienced in the UK over the past two months are too often framed as something to celebrate, with newspaper and TV reports featuring pictures of people sunbathing, playing in fountains or eating ice creams.
Instead, the experts say, people should be made aware of the risks associated with increasingly hot summers, especially for vulnerable groups, and they should be helped to “join the dots” to see heatwaves and flooding in the context of the wider climate crisis.”

Here are some pictures from our mammoth cycle ride the day before yesterday, while the sun was still shining. 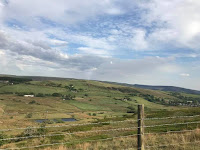 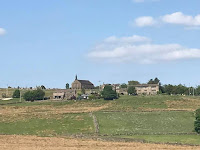 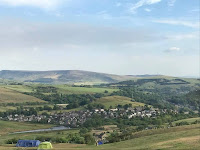 And here is a link to our current favourite weatherman, Owain Wyn Evans, famous for his drumming! The problem with watching his weather forecast after the BBC North West News is that he is so entertaining in his flamboyant delivery that we sometimes forget to concentrate on the weather news!

As businesses suffer and even go under as a consequence of the Covid-19 lockdown, I read about one that saddens me. Ever since I was a child Chester Zoo has been one of my favourite places for days out. As a young teacher I even took my year 7 class there for their end of year celebration day trip. And over the years I have been back many times with our grandchildren. Their baby elephants have charmed us all but now, unless some drastic solution is found, the zoo will have to close as they are losing millions of pounds. The irony is that their entrance is already set up in such a way that socially-distanced entry could be easily managed and the zoo itself is so spacious that it would be possible keep up that social distancing inside the zoo. It just needs the government to decide that zoos can open again, with rules and regulations in place of course. Other businesses are getting the go ahead.

In most countries cafes and restaurants are tentatively opening for some kind of business, unsure of how to survive properly. They will want the sunshine to return. It’s a lot pleasanter to eat outdoors if the weather is good. And the prospect of meeting friends outdoors is more appealing if the sun shines onus.

According to the fashion writer Jess Cartner-Morley, there is a trend for wearing your best summer gear for picnics in the park, with comfortable flowing gowns making a bit of a comeback. All this fashion advice will be of no use while the cooler weather continues. Some of this is teach us not to take stuff for granted; my brother-in-law had organised a couple of days off work, today and tomorrow, so that we could go for a socially-distanced walk and then have a socially-distanced cup of tea in the garden.

There you go! It’s his fault the weather has changed!

Of course, a bit of cool, damp weather now gives us a chance to get used to queueing to go into shops and supermarkets in inclement conditions In plenty of time, before autumn and then winter come along with the prospect of this being a colder and wetter island. Shops and supermarkets can do some shelter-planning as well.

On the subject of queues, a MacDonald’s in a retail park not too far from here had to close yesterday because queues were growing so long that they were causing major traffic hold-ups. Imagine being so desperate for a Big Mac that you would spend hours in your car!

Life goes on. Stay safe and well, everyone!
Posted by Anthea at 06:24