Reflections on marches, jobs and changes in the world.

A number of my friends have been marching around London today to demand another vote on Brexit. The latest I heard was an estimated 670,000 people!!. I suppose that with a bit of determination I could have organised myself to go along but we only came back from Greece yesterday and I have had a pile of stuff I needed to organise.

Here’s a reminder of some of the nonsense that has resulted so far from Brexit. Somebody posted this on the Forum for EU Citizens (the3million):-

“hi everyone! My daughter took part of settle status scheme pilot.She is a 20 years old full time student,arrived to uk in 2006 as a 8 years old child.at the end of filling her application they offered her PRE settle status because: "based on your insurance number you have been in UK less than 5 years". She got her insurance when she was 16 like every young person in uk so of course it doesn't shows how long she lives here. She choosed option to add evidence and show that she is eligible to settle status.They said they will contact her shortly with full list of documents which she need send to them to prove she was here longer than her insurance number shows .Today she recieved email s you can see what documents they request.of course she hasen't got any bills on her name. payslips or other documents which they want to see as she didn't work before she got her insurance number (I supported her when she was a child,I paid all bills).she works only part time now and she worked during summers when she was younger but not before she was 16 years old.we will send them letter explaining situation(we got letters from her schools primary, high school and university that she attended to full time courses)I dont know if it will be enough. I will let you know what happened next.”

Now where is the common sense in that?! 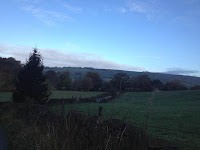 So we have returned from Greece and seem to have brought the sunshine back with us. Very good! A friend of mine tells me that the Sun is promising the possibility of snow for Hallowe’en. So far, the long range weather forecast says nothin about that for us. But even if it is so, we’ll avoid it once again by being in Portugal for another chess event. 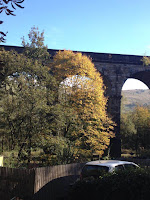 I read today that Nick Clegg is going to work for Facebook. Relocating his family to California is, I suppose, one way of avoiding the trials and tribulations of Brexit.

I used to quite like Mr Clegg before he made the mistake of getting into bed with the Conservatives. But he seems to have fallen on bis feet again now.

I think it was Nick Clegg I heard speak at a conference about Europe in Paris ten or more years ago. I was there with a bunch of students. If it was indeed Nick Clegg, he spoke very enthusiastically about Europe.

It was at that same conference that I discovered Innocent Smoothies. The company was talking about how they had made their name in Europe and began their pitch by asking who in the audience had never had an Innocent Smoothie. Well, that would be me and perhaps a couple of other old fogies who still believed in eating fruit rather than drinking it. My students were amused and bemused that not only had I never tasted an Innocent Smoothie but had in fact never heard of them until that moment. How could such a thing be in the modern world?

That was a long time ago, when we were perhaps all more naive but also more optimistic about the future of the world.

Much has happened since then.
Posted by Anthea at 09:54