Pools and promontories and protests!

It’s a little chilly getting into the outdoor pool here. Once you are in and swimming it’s fine, so long as you keep on swimming. And then suddenly, after a good while, you realise that your toes are beginning to be chilled through. It is October after all! It’s a tad chilly getting out too. Not really weather for lounging about reading your book in the sunshine. 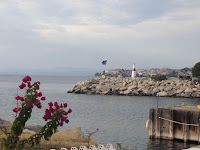 Mind you, you can find corners where you can sit on a bench outside and enjoy the sunshine.

I took a stroll round the marina and up into the nearby headland in the late afternoon. Shorts and a t-shirt were perfectly adequate - no coats and hats and scarves needed. 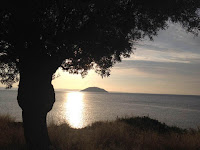 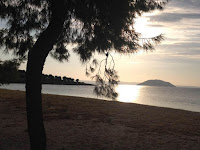 Friends and relations in the UK have been telling me about Storm Callum, blowing everyone and everything over and raining all over the place. I am not missing that at all. I commented to a friend that we seem to have a lot more storms these day. He replied that he does not think so. In his view, they just get a lot more adverse publicity now than they used to. Nowadays we name them. Back before storms were given names we just thought we were having bad weather. Well, it’s a theory anyway!

I read today that Gordon Brown says he believes there will be a second referendum on Brexit. Well, he was once Prime Minister so maybe he can judge such matters better than the likes of me. All sorts of showbiz personalities are also calling for a second referendum. I doubt the latter group will really be listened to. I wonder what the question would be this time. And I wonder how anyone justifies the monumental waste of money it has all been so far!

Ed Vulliamy wrote about Taylor Swift and her entry into meddling in politics. He saw her somewhere in the United States and pointed out that, in her way, she is in a line of singers whose songs had political messages.

“Her audience comprised mainly girls wanting to look like and be Swift, their parents pretending not to love it, twentysomething boys who wanted to marry her, and older men who probably should have been admiring the looks of a singer their own age. It could not have been more different to the great unwashed at Woodstock who gathered to hear Baez and the Airplane – or, for that matter, those converging on Victoria Park in London for Rock Against Racism eight years later – or on the Bowery Ballroom in New York to hear Patti Smith on Iraq.”

Here is his list of the top ten all time great protest songs:-

1 Woody Guthrie, as sung by Joan Baez: Deportee Written in 1948, about Mexicans being deported from the USA, and still relevant seven decades later.
2 Steppenwolf: Monster/Suicide/America An epic and ground-breaking trilogy on an empire built on the back of genocide.More relevant with each turn of the page.
3 Jimi Hendrix: Machine Gun My generation’s searing cry against Vietnam and all wars – and also as Hendrix once said, for “people fighting wars within themselves”.
4 Crosby, Stills & Nash: Long Time Gone The promise of a better time and world, sung in hope and quiet rage, during dark times.
5 Patti Smith: Waiting Underground Long Time Gone without the light. A summoning in terrible times to those who have lost hope, for a “gathering” to make “the great ones tremble”.
6 No Time For Love: as sung by Christy Moore. Jack Warshaw’s song – with the preposterous notion of its title – about the universal knock-on-the-door, the arrival of the police, the soldiers.
7 Bob Dylan: Masters of War The song that joins the dots, in white-hot rage, between those who die, and those who make fortunes from the killing.
8 Son House: American Defense The original Delta blues master on World War II – all war, in its way – with the twist of a black soldier’s sacrifice in a white man’s war.
9 Neil Young: After the Gold Rush The ‘green’ song ‘ahead of its time’, more than any. If Mother Nature was on the run in the 1970s, she is by now crushed by the greed and belligerence of Homo supposedly ‘Sapiens’.
10 Giuseppe Verdi: Dio, Che Nell’Alma Infondere Not a ‘song’ exactly, but this duet from Verdi’s opera Don Carlo has become an Italian folk song in its way: pledging death before servitude, and a vision of liberty.

Maybe we should all get back to singing in the streets to make our feelings heard!
Posted by Anthea at 05:17