A day out! People at the station.

On platform 4 at Manchester Victoria train station yesterday morning, waiting for the train to Durham, I spotted a slim young woman, dressed in green. She wore a figure hugging dress, in a satiny material, long sleeves and a sort of halter neck, leaving her shoulders and back completely bare. On her head a black fascinator. On her feet black killer heels, open-toed. Under her arm a black clutch bag and in her hands a mobile phone and a bottle of water. She was clearly on her way to either a wedding or perhaps the races. Are there races in April in the North East?

It was 8.30 in the morning. Temperature? About 4 degrees! Most people had scarves and gloves and wooly hats. Was she not frozen? She looked very cool, but not in the temperature sense. Cool, calm and confident. But surely she had goosebumps! Such is the price of elegance.

Also on the station there was a older woman, probably my age. She wore a midi length brown cord skirt, a brown patterned shirt, and a tan suede jacket. Sort of sensible adventurer style. On her feet, equally sensible boots. Round her waist a smart leather bumbag. And on her head a felt hat, small brim, green, brown ribbon trim. Altogether an explorer’s outfit. Dora the Explorer’s grandmother?

Then there was the Terry Pratchett lookalike. A tall gentleman, probably my age. Longish black coat, mid calf length. What could have been a university scarf. And on his head a broad brimmed black hat. Oh, and he wore a neatly trimmed white beard.

The other people waiting on the platform were the usual rather nondescript kind of passengers you expect on an early morning train.

My train took me out of Manchester on the line that practically goes past my home. Out through Ashton, Stalybridge, Greenfield, all places of relatively easy access from home. But the train stopped at none of them. So I had got up early, early enough to see pink dawn clouds in the sky, and caught the bus and tram into Manchester, where I had breakfast on the station. The train did not stop until Huddersfield. I suppose I could have caught a bus to Huddersfield but then I am not sure how well the bus service coordinates with the train service. And the journey via Manchester is quite direct. And it was a fine day for an adventure.

My trip to Durham, renewing a passport of my grandson, a task successfully completed, was serendipitously very good. Durham is a splendid city and here are some pictures to prove it. 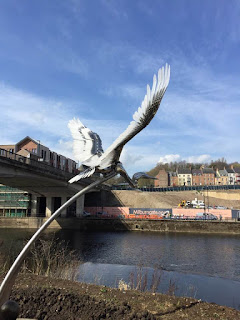 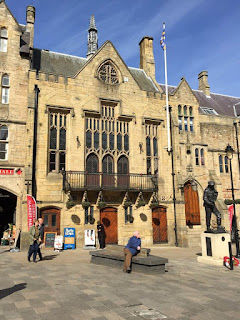 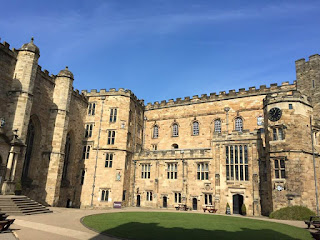 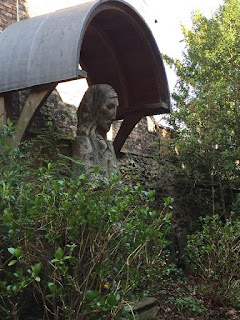 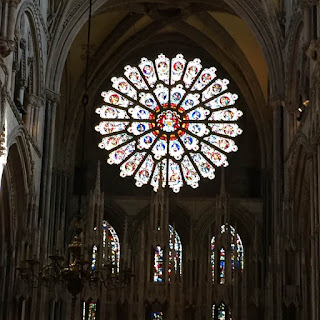 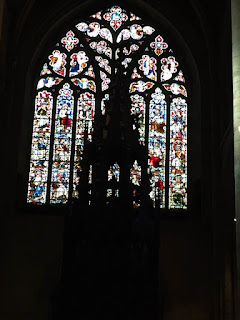 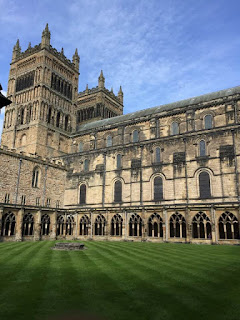 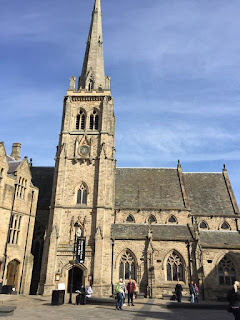 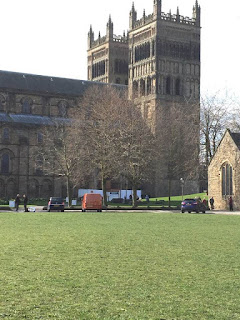 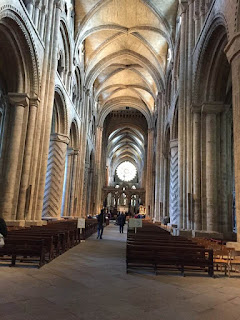 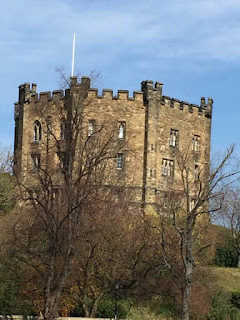 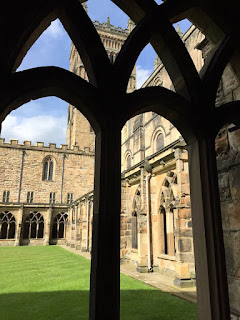 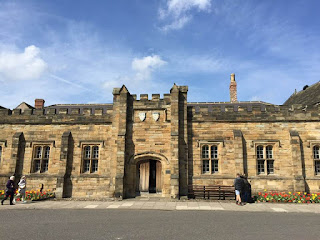 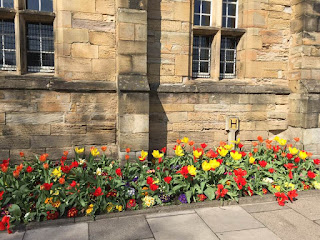