Things you see in Vigo And a bit of a rant about posh coffee,

As I was returning from my run this morning, I went past two young black women at a bus stop. Probably in their twenties, old enough to have got beyond the giggly girl stage but still young enough to want to take photos of each other on their mobile phone, completely ignoring the little boy - the child of one of them? a younger brother? - who sat in the bus shelter, pointedly taking no part, and no interest, in the photo-shoot going on outside.

And it did merit a photo-shoot! Tall and slender, their height accentuated by killer heels, or clip-clops as my five-year-old granddaughter calls them, one pair bright red, the other a more sober black. They were dressed in quite figure-hugging, but at the same time modest, sheath dresses in shiny, satiny fabric in vivid blue and green. Buttoned up to the neck, almost ankle length and very flattering. And they wore hats. Not felt hats or trilbies, not woolly hats or berets, but hats made from a similar shiny, satiny fabric as their elegant dresses.

Fabulous birds of paradise, they knew they looked good. Where were they off to in their finery at 9.00 on a Sunday morning? Almost certainly to church but they might have been on their way to a wedding, so glamourous did they look.

I considered offering to take a picture of the two of them together, and incidentally asking if I could take one for me as well. But at that moment their bus arrived and then they were gone. I hope they had a good day and brightened life up for all who saw them.

On my travels, long and short, I like to spot amusing names for shops and bars and other establishments. Hairdressing salons are a good source, offering nice puns in English such as “Curling me softly”. There is one in the centre of Vigo simply called “Jesus Dos - Peluqueros”. Whenever I see it I mentally translate it into “Jesus! Two hairdressers”, which is almost certainly not what proprietor had in mind. No doubt the owner is called Jesus and has another establishment elsewhere in town, this one being his second salon!

Recently I have come across a clothes shop called “Vistt”. When you say it aloud, with the final two letters pronounced Spanish alphabet style, it is “vístete”, which means “dress yourself”. Not bad!

And the other day I spotted a bar called “Peka 2”. Again, you need to say it out loud and it becomes “Peka dos” or “Pecados” = “Sins”. Quite nice!

I wonder how much they charge for a cup of coffee.

Almost certainly not as much as a place in London’s King’s Cross which I read a review of a few days ago. Their coffee will set you back £15 for a single cup. Granted, it is Yemeni coffee, of which I have no experience and therefore cannot comment on what such coffee might taste like.

However the reviewer was asked by the barista, “Can you taste the bergamot orange? The cocoa nibs?” Okay! “And then can you taste grape,” the barista continued. “Some red berries and notes of honey.” Okay again!

Now, I may be some kind of philistine but I don’t actually want my coffee to taste of bergamot orange, cocoa nibs (whatever they are), red berries and honey. It’s bad enough that wine buffs go on about the blackcurrants and blackberries and goodness only knows what else that you can apparently taste in some bottle of red wine. I don’t need the same process to go on over coffee. Coffee should taste of coffee! And just as it is perhaps difficult for ordinary mortals to fully appreciate the wonders of a £100 bottle of wine, so I suspect a £15 cup of coffee might tax our taste buds.

There’s an awful lot of food and drink snobbery around!

Setting all of that to one side, here are some photos I have taken in the last couple of weeks. Views of Vigo. 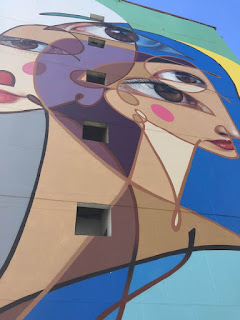 The "garden shed" at A Guia. 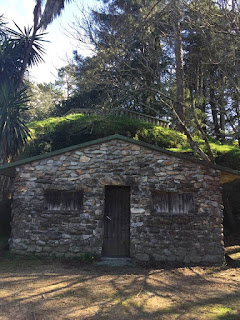 Through the archway in the Castro park. 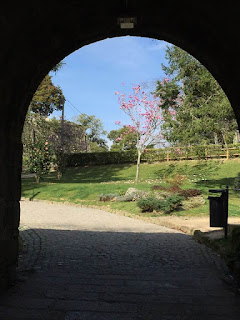 Looking at the islands. 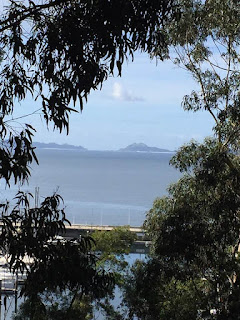 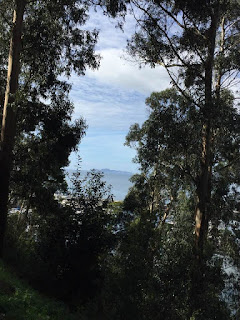 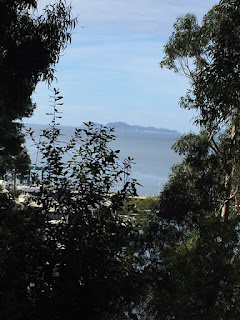