In the late afternoon yesterday we went for a stroll, up the main road, past the cricket and bowling club, down a lane off to the left, along a bridle path by the former millponds, down into the village and back home. it’s a route we quite often follow, a pleasant walk. There was a cricket match going on at the cricket club, all very traditional picturesque stuff, with cricketers in “whites”. No new-fangled coloured cricket gear! Very picturesque! Very English! 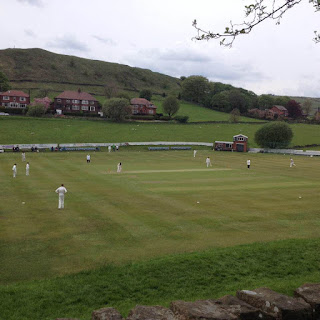 Unfortunately, for anyone, such as us, who wanted to stroll along the road, there were major obstructions. 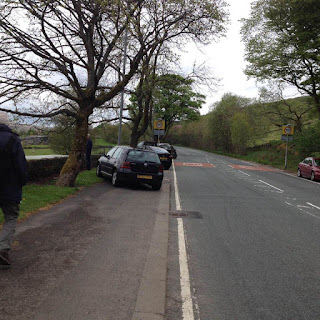 Cricketers and cricket watchers had parked all along the pavement and grass outside the cricket and bowling club grounds, forcing walkers to move, dangerously, into the road. 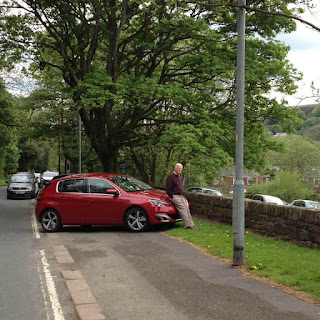 This is also traditional! 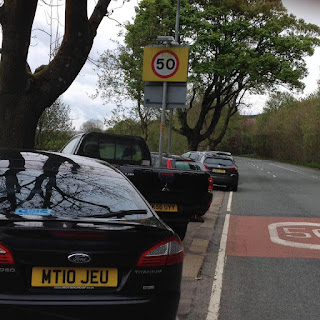 Often they also leave behind a trail of debris: pizza boxes, McDonald’s wrappers, even on one occasion a sort of portable barbecue kit. Yesterday’s lot were quite civilised. This morning there was little or no debris to mark their passage. Either they were an abstemious bunch or they took their rubbish home with them. Mind you, it has turned into a pleasant afternoon so they probably ate stuff within the cricket ground rather than sitting in their cars and watching from a warmer place.

Overnight it rained, copiously! The bridle paths, which have been drying out nicely, were once more spattered with mud puddle. It makes for an interesting run, playing dodge the mudpatch!

One of the tabloid papers this morning had a headline along the lines of “Elderly to be cared for by robots”. I wonder if that will happen. Over the last few days I have been hearing quite a bit about robots and their development. Here is a link to a report, with video footage, of a robot which has now learnt to run through a park without falling over. Earlier models had a tendency to trip over uneven ground and tree roots and so on. On the radio news there was a recording of a computer booking a hairdressing appointment for it’s owner. The computer had a very human sounding voice. There was none of the halting delivery we have come to expect of computer voice programmes. It seemed that the receptionist at the hairdresser’s could not tell that she was speaking to a computerised voice. Amazing!

Apparently Marx predicted that such things might happen, not actually robots and computers but automatons. So maybe robot carers are not so farfetched an idea.

French for "ivy" is "le lierre" - originally from "l’ierre" -from latin ""hedera. So “le lierre” really means “the the ivy”. This happens a lot in Spanish where most words beginning with AL come from Arabic originally, “al” meaning “the” but modern Spanish puts a definite article there anyway - la Alhambra and el Alcazar are probably the most famous! And it can work the other way; letters can disappear. I once read that “orange” started off as “norange” - cf Spanish naranja. And so “a norange” became “an orange”.