2020 has arrived. The world has not ended, although Australia is having a good try at extinguishing itself still.

I read that some 200,000 people signed a petition asking for Ian Duncan Smith not the receive a knighthood. And today someone posted this on social media:-

“As the New Year’s Honours list is announced, let’s briefly salute some who declined an honour: 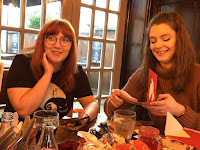 This being the season for family get-togethers, my daughter and I piled as many family members as possible into her car and travelled over to Southport where we did a traditional walk in the Botanic Gardens, reminiscing over how many times the oldest of the cousins, 22 and 21, had had their photos taken in various spots in the park. 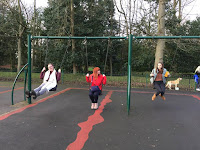 My older sister complained that the gardens are now rather run down, in particular that there are no peacocks any longer. But the younger ones enjoyed looking at the caged birds and children of variousages played on the swings. 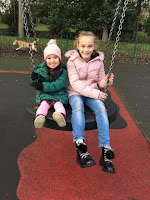 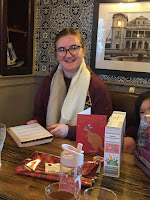 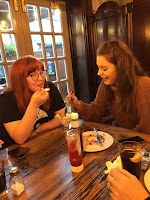 We then went off and had a pub lunch, in the pub where we always go, sitting at the table where we always sit, taking over a large section of the pub and swopping Christmas presents.

Our three-year-old granddaughter must think that Christmas goes on for ever as it began the weekend before Christmas with a visit from her uncle and cousin from southern parts of the country, went on through Christmas day at our house, Boxing Day at her other grandparents’ house and now a New Year’s Day lunch with yet more presents. 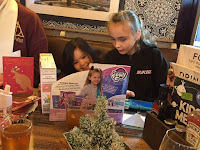 Tomorrow reality strikes and she goes back to nursery. Life does indeed go on, even when you are only three.
Posted by Anthea at 12:50