Out and about. And some interesting words.

Yesterday the weather went from fine and sunny to torrentially rainy to fine and sunny again. As a rule I walk to the supermarket and catch the bus back. In one of the rainy spells I caught the bus. By the time I was due to return the sun had returned and so I contacted Phil so that he could meet me along the way and act as my beast of burden. Such are the advantages of mobile phones! 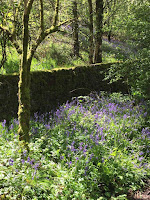 On our way back we admired the bluebells in the woods alongside the bridle path. 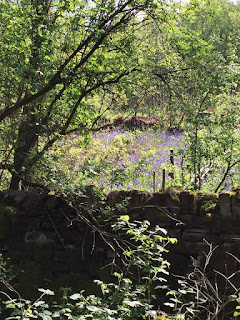 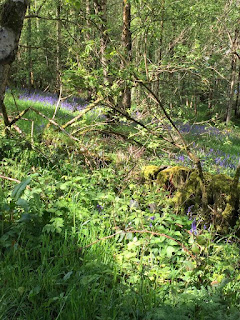 We had a fine sunset later, supposedly an indication of good weather to come. 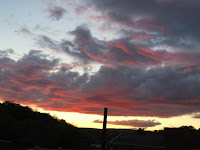 That seems to be right. Today the sun is out with a vengeance. Another brief almost-summer seems to have arrived. 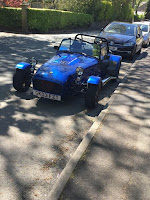 It has brought out the drivers of big boys’ toys. Here is a fine example parked outside our house.

Also out in abundance are poppies - all yellow and orange. We seem to lack red poppies around here. 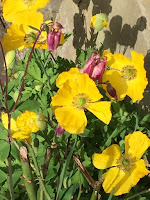 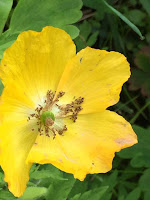 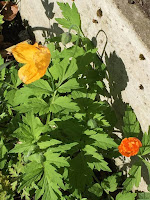 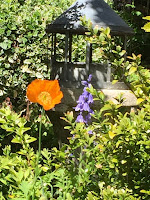 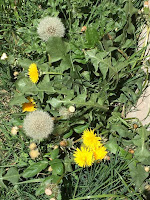 And the dandelions are rapidly turning into dandelion clocks.

Consequently the air is full of floating seeds. Dandelions are excellent self-propagators!

Now for some stuff about words. A bit of an obsession of mine, I know!

Many people have been overexcited about the latest, and apparently final, series of Game of Thrones. I know people, slightly deranged people, who stayed up to watch the first episode at 2.00 am. I know another who set her alarm and then decided she really could not be bothered to get up at that time! Sensible person!

Anyway, it seems that in their haste to join in the fun, the translators of the dialogue in the series, very grudgingly handed over by the makers of the series as they wanted to keep it all very hush-hush, into Spanish did not have time properly to work out to work out what was being said. I have not seen the moment when someone looked up at the sky, pointed upwards and apparently said of the dragon-riding princess in a Geordie voice, “she can’t see us”. The hasty translators thought they were pointing to a new danger in the sky.

And so a new word was born: “sicansíos”.

The actor Steve Pemberton was the subject of the Q&A feature in the Guardian Magazine on Saturday. Asked which word he over-used, he had this to say:

“I say ‘segue’ a lot in a professional capacity, but only recently learned that I’ve been mispronouncing it. It’s ‘segway’ not ‘seeg’.”

There are worse mispronunciations and I can forgive a lot in a man who responds to the question “What makes you unhappy?” with “Misplaced apostrophes”.