Views of Spain and Saddleworth.

Once a month I go into Manchester to a book club organised by a friend of mine. I am not sure how well this is working as on a number of occasions recently there have just been the two of us. When he first mooted the idea, vast numbers of friends and former colleagues expressed enthusiastic interest. Inevitably real life gets in the way. People like me go off and visit other countries and are not always available. Those who are still working, not yet having achieved the liberation of retirement, most of them in the teaching profession in one capacity or another, are often just too knackered at the end of a day to turn up and discuss a book. Or maybe they just have too much work to do preparing for the rest of the week. As I said, real life has the nasty habit of getting in the way!

Anyway, last night I went into Manchester to talk about Laurie Lee's "When I walked out one midsummer morning". Initially just the two of us were there, again(!), but after a while two more turned up. Unfortunately they had not read the book so they were not a great deal of use. So it goes! My friend lent them his copy to take away with them after we had convinced them that it was well worth reading. It's a long time since I last read my rather battered copy of this book. It cost us 30p back in the early 1970s. Oh, to be able to buy a book for 30p nowadays! The illustrations, line drawings, are delightful, although the city skyline which supposed to be Vigo, while typically Spanish, bears little resemblance to Vigo's old quarter. But when I first read the book, I had no knowledge of this. Since then, many is the time we have stood in the Castro park and looked out towards the hills beyond the city and wondered about Laurie Lee being attacked by wild dogs - or was it actually wolves? - in those very hills.

We concluded, my friend and I, that Laurie Lee's depiction of 1930s England was a good social commentary. He spent time making his way to London, living as a tramp and getting to know some of the community of the road. His time working on a building site was reminiscent of "The Ragged Trousered Philanthropists", but seen from the point of view of someone who was always going to find an escape route. And his escape route took him, quite arbitrarily because he knew how to ask for a drink of water, to Spain with precious little money in his pocket but with his violin in his bundle of belongings. And so he joined the beggars he described, playing his violin for money and food, making his way around the country until he was finally rescued by the British navy just as the Civil War was starting.

His descriptions of the country and the people are beautiful but it's not all a "romantic haze", as one reviewer put it. He sees the harshness and cruelty of the poverty as well. I found myself wanting to compare it with Arturo Barea's autobiographical works, where he describes growing up in that poverty and working with the Republicans to try to create a better Spain. Unlike Arturo Barea, Laurie Lee was there by choice and it was in the end much easier for him to get out when the going got tough. Both these works are worth reading though.

In the end, the only real criticism my friend and I had was about the apparent ease with which Laurie Lee seemed to pick up the language. We felt there was a bit of poetic licence going on there. But his love of the country and the people shone through. Now I need to re-read the next bit of his autobiography, where he describes going back to Spain!

Meanwhile, here are some pictures of another place I know and love and keep coming back to. 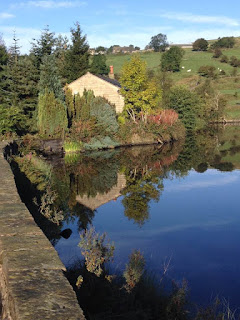 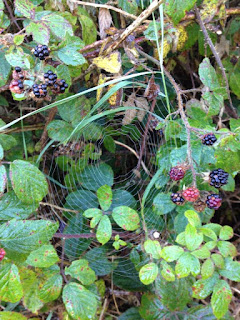 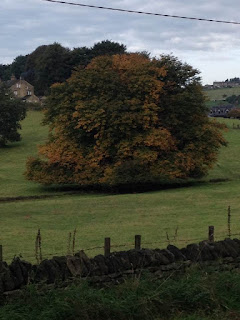 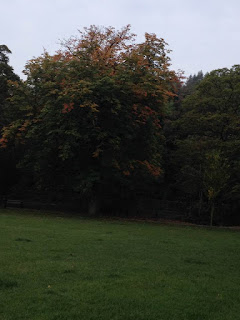 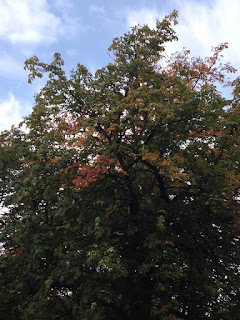 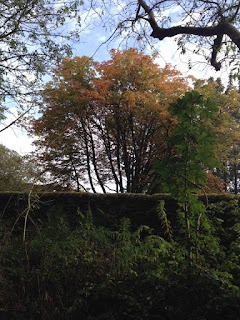